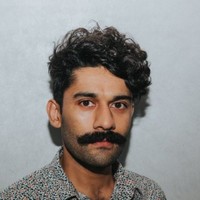 Productivity laws aren't real laws, and it's dangerous to let yourself think they are.

Parkinson's Law, Hofstader's Law, the Pareto Principle, et al. are just adages that neatly describe messy tendencies of complex systems, not immutable physical laws. But it's convenient to forget this when we constantly reference them as real laws.

We've internalized the Pareto principle so profoundly that, if you said "80% of consequences come from 20% of the causes" in a meeting, you'd see people nod in agreement, even if it's not relevant to the phenomenon or data that's being discussed.

I find just substituing the word "tendency" for "law" provides the right perspective: Parkinson's tendency says that "work expands so as to fill the time available for its completion." When you view these "laws" as tendencies, you feel empowered to change your behavior to counteract the law and avoid it's downsides, maybe even using it to your advantage.

Take, for example, the Peter tendency, which says "people in a hierarchy tend to rise to their level of incompetence." If you know this is a common outcome, you'll be vigilant when creating hiring and promotion policies, so people stay in roles they'll thrive in.

It's useful to condense complex behavior into convenient phrases that describe typical outcomes. Just remember, your situation doesn't have to be a typical outcome.

If I could build my own set of contemplations for the workday that would prime my perspective and reinforce my values, what would they say?

In striving for work life "integration" we take a look at why it's so hard to take time off in the middle of the day but not so hard to work late into the evening.